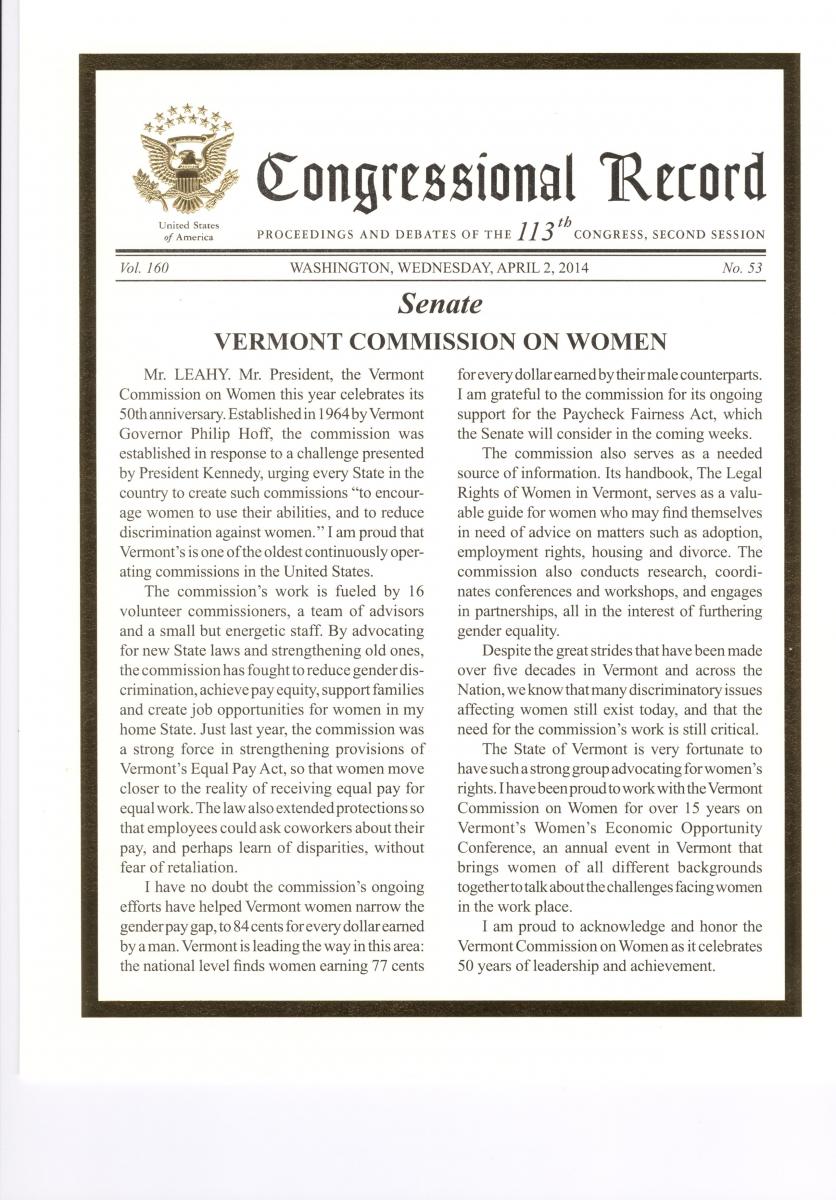 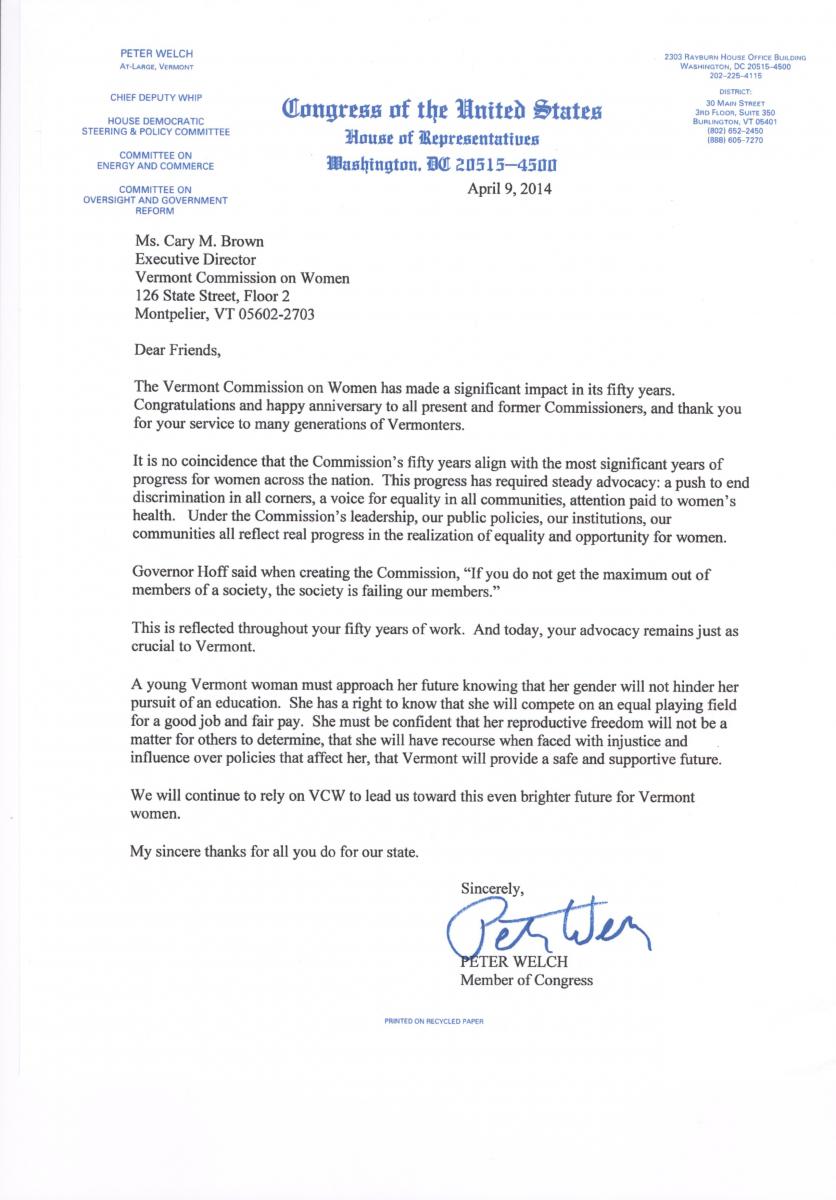 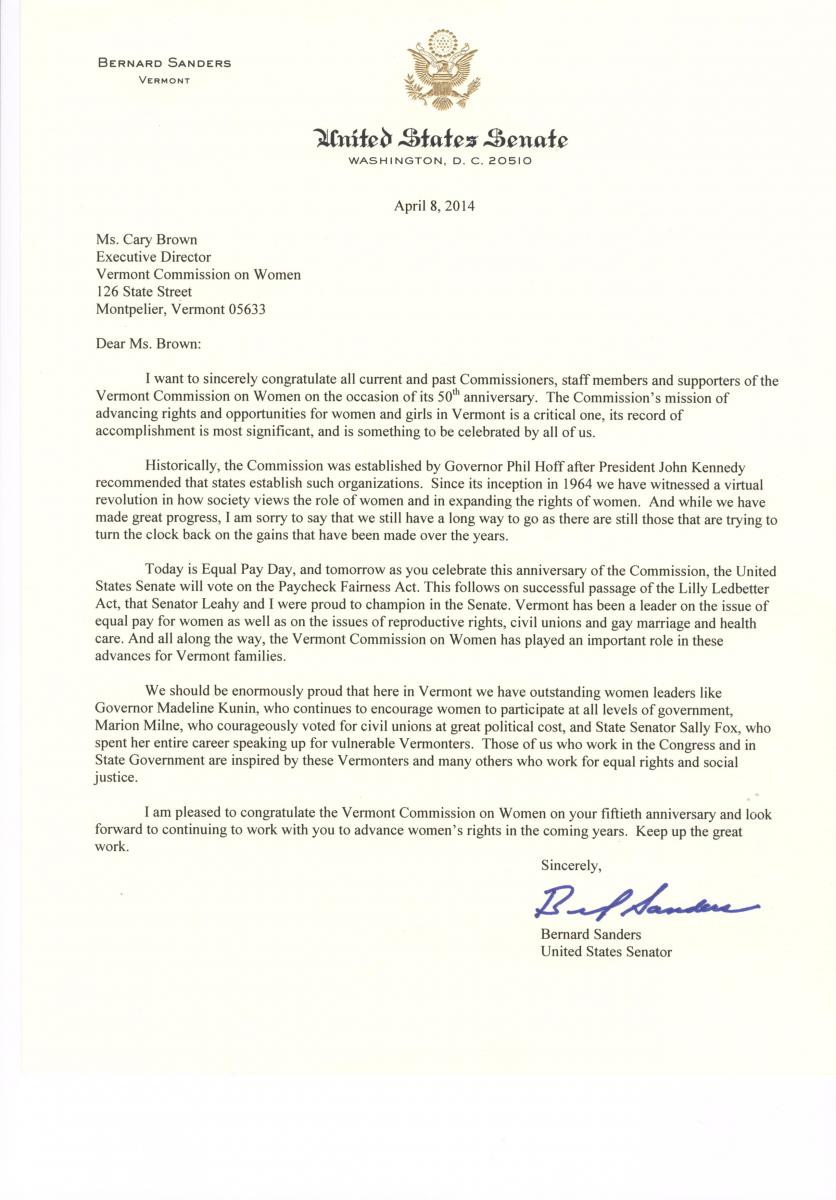 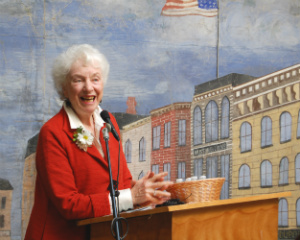 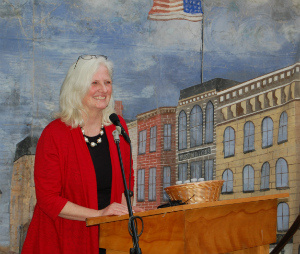 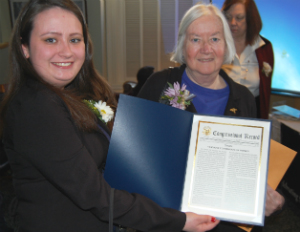 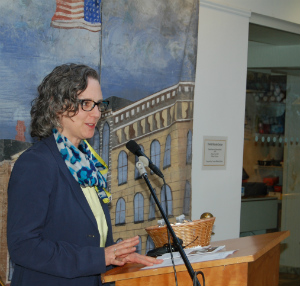 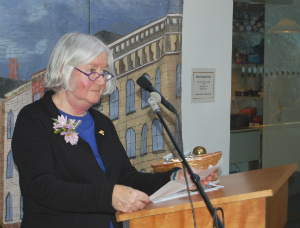 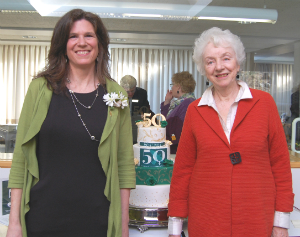 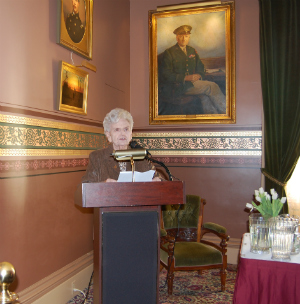 Commissioner Marion Milne opened the event with a speech addressing her experience
An excerpt from Marion's speech: "...My time on the Commission, through three governors, has been an enriching and enlightening experience. I have felt the strength of sisterhood, and I have discovered over and over that what we dream can come true, as long as we can stay focused. Change is hard. Tradition is often an excuse for not changing. Yet we must be patient and we must be smart. And we will prevail..." 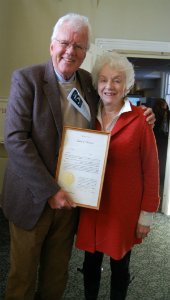 Former Commissioners Allan Mackey (served in 1970's) holding his appointment letter, signed by then Governor Kunin, who also served on the Commission in 1960's 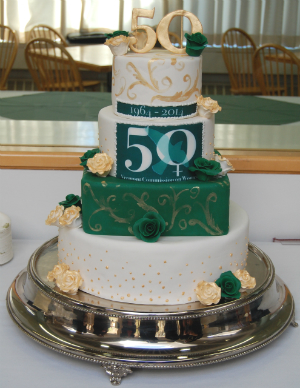 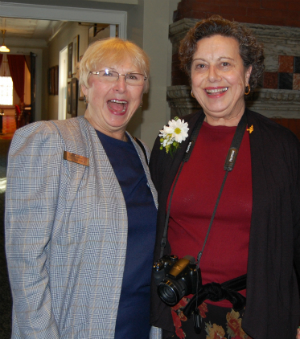 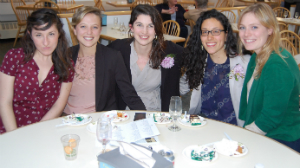 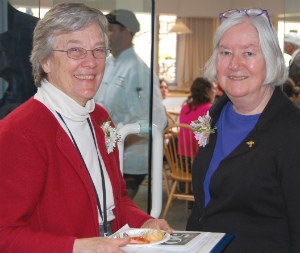 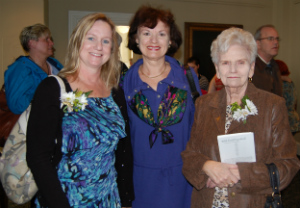 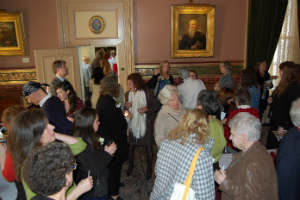 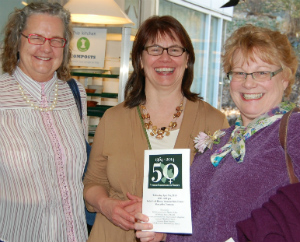 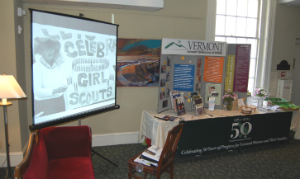 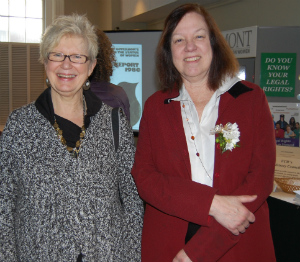 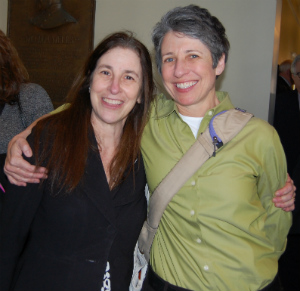 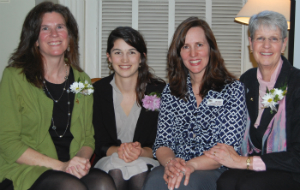 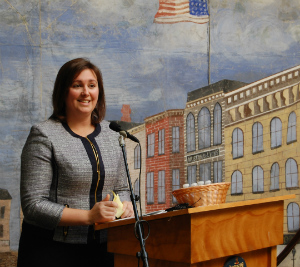 Aly Richards, Gov. Shumlin's Director of Special Projects and Intergovernmental Affairs spoke of the Governor's support for the Commission 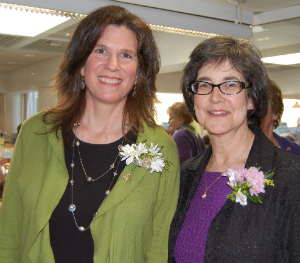 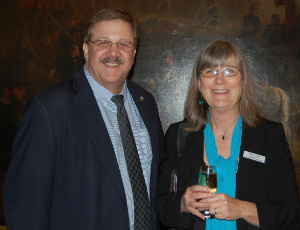 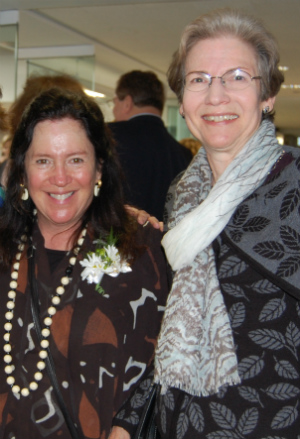 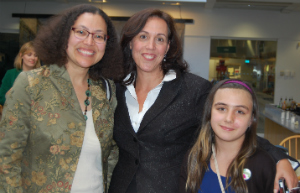 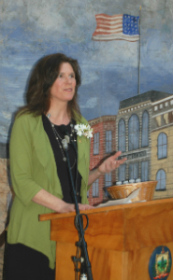