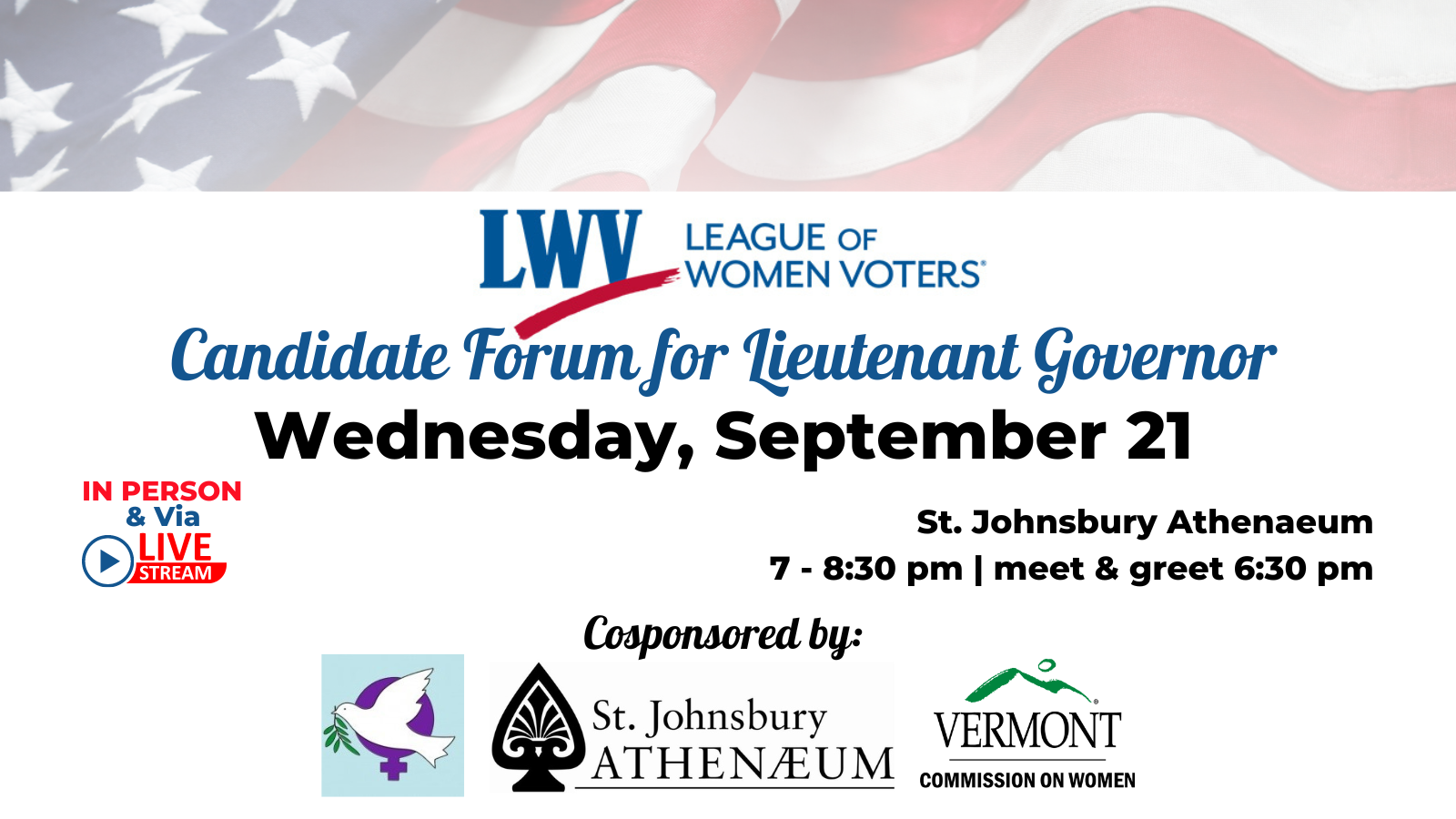 Next Wednesday, September 21st at the St. Johnsbury Athenaeum, the League of Women Voters of Vermont presents an in-person Candidates Forum for the office of Lieutenant Governor from 7:00-8:30 pm, with a meet-and-greet scheduled for 6:30 p.m.  VCW is excited to be a cosponsor for this important and informative event!

Senator Joe Benning is an attorney and 12-year veteran of the state Senate who has twice served as Minority Leader. David Zuckerman held the position of Lieutenant Governor for four years (2017-2021), having served in the state legislature for almost 20 years.

Lieutenant Governor is the second ranking officer of the executive branch with three primary responsibilities: presiding over the Senate and casting tie-breaking votes when required, determining committee assignments for senators, and acting as governor when the governor is out of state or is incapacitated, and acceding to the governorship in case of a vacancy.

The Forum is hosted by the League of Women Voters of Vermont, and cosponsored by the Vermont Commission on Women, the Women’s International League for Peace and Freedom - Burlington Chapter, and the St. Johnsbury Athenaeum.  This is the first of two events, the next a forum for Attorney General candidates on September 29th featuring VCW Executive Director Cary Brown as moderator.

The League of Women Voters regularly sponsors candidate forums or debates as part of its mission of encouraging informed and active participation in government. Questions can be sent to league@lwvofvt.org.